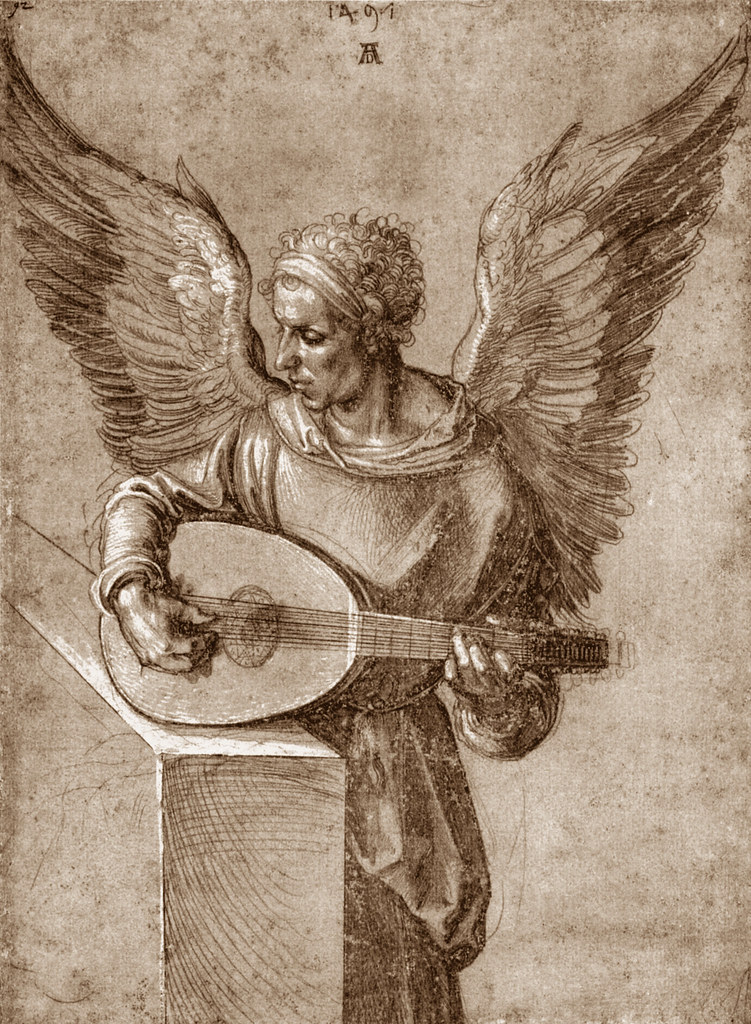 As I described last week, the third blessing of the Amidah, the Kedusha, or “sanctification,” is built around verses from the prophets Isaiah and Ezekiel. When those visionaries had visual and auditory experiences of the divine glory, they reported what angels sang in praise. (A third verse was added, proclaiming God melekh, ruler, usually this one above from Psalms.)

Over time, Jewish liturgy knit those verses into a call-and-response script, with the prayer leader singing and the community repeating, which mimics – if we can imagine such a thing – antiphonal choruses of human and heavenly voices. This motif of paired angelic and human choruses is very obvious to those who davven out of the Hasidic, Sefardic or Mizrahi prayer books, in which the Kedusha for Musaf on Shabbat and holidays records the prayer of מלאכים המוני מעלה עם עמך ישראל קבוצי מטה, “angels thronging on high, along with Your people Israel gathered below.”

Jewish tradition sometimes displays a charming sense of “sibling rivalry” between God’s creatures. For instance, consider the famous midrash [Bereshit Rabbah 8.5] about the “big sibling” angels arguing about whether humans should be created at all, or the Talmudic report [Shabbat 88b] that angels assaulted Moses as he ascended heavenward to receive the Torah. “What is one born of woman doing here?” they ask indignantly. “Would You give the eternal Torah to flesh and blood?”

Unsurprisingly, the Rabbis also have no shortage of teachings in which humans best the angels. Some relate to who leads and who follows, who are the stars and who are the supporting cast, in our Kedushah chorus. [In what follows, I quote and then build upon a Talmudic passage, Hullin 91b.]

Job 38.7 reads: “When morning stars sing in unison, and all the heavenly creatures shout for joy.” The semantic meaning of “morning stars” is just that: stars, conceived of as angels. The two halves of that verse exhibit the typical parallelism in biblical poetry. But the Sages read “morning stars” homiletically as referring to humans praying in the gathering dawn and take the first clause as preceding the second in time: “Ministering angels are not permitted to sing on high until Israel sings below, as it is said: ‘first when morning stars … and only then heavenly creatures.’” The author of this teaching, then, offers what might be a counter-intuitive experience of davvening the Kedushah: the humans are the prayer leaders and the angels follow from the congregation.

This Talmudic passage also is clear about who is the favorite kid in the family: “Israel is more beloved to God than the angels, for … Israel mentions the Divine Name [i.e. YHVH] after two words [i.e. Shema Israel, then Adonai] while the angels can mention the Name only after three words [i.e. Kadosh Kadosh Kadosh, then Adonai].” In the mind of this darshan [or “midrash-maker”], Shema is tied more intimately to God than Kadosh, because Israel needs a shorter journey, or less preparation, to cross into God’s presence than the Seraphim do.

Upon learning this passage, I noticed that the Kedushah displays another pattern about when YHVH appears in the verses. In the first, from Isaiah, as noted, the Divine Name is the 4th word in the verse, after the triple-kadosh. Next, from Ezekiel, the Name is the verse’s 3rd word, after Barukh Kevod or “Blessed is the glory.” Finally, in the Psalms verse, YHVH is the 2nd word, following yimlokh, or “reign.” God’s Name keeps inching one word closer to the beginning of each verse in the call-and-response liturgy.

Was that some ancient cantor’s artful doing or mere happenstance? I lean toward intentionality but cannot say for sure. In all events, this order has a strong poetic effect on my own davvening. As noted in the last post, reciting Kedushah is conceived of as crowning God with our prayers. True, we know that God is often hidden or remote. But reciting these grand lines brings the Divine Name out of its obscurity. Each prayerful verse brings God a little closer to the surface. Each prayer enthrones God a little more manifestly. Yimlokh Adonai le’olam. May You reign eternally.