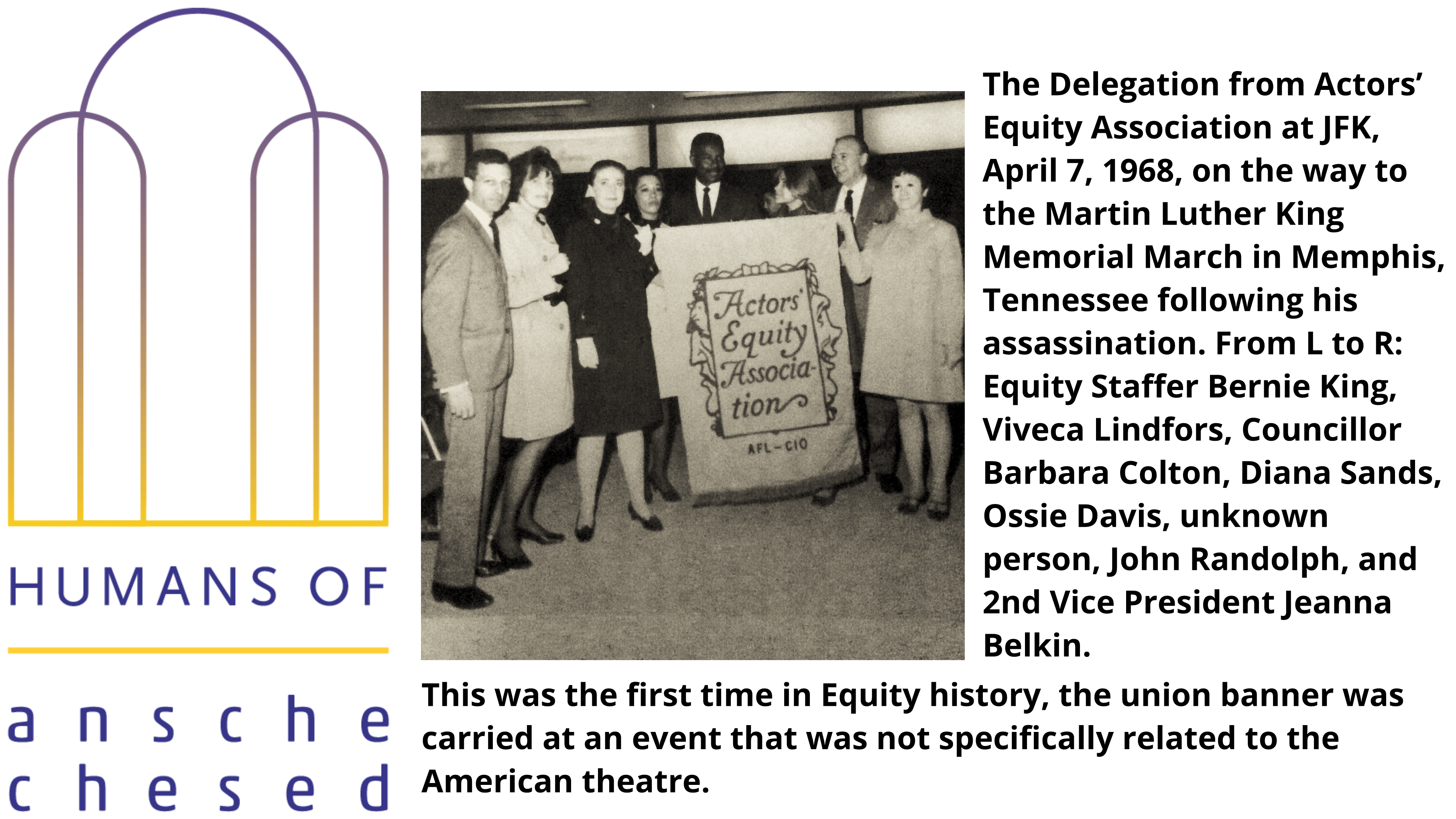 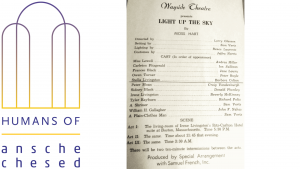 In the summer of 1963 I was playing at the Wayside Theatre in Middletown, Virginia. During rehearsals for Moss Hart’s Light Up The Sky, I had become friendly with the 2 local high school girls who were waitresses at the Martha Washington Inn where we ate all our meals. I invited them to my opening night performance, using the complimentary tickets the producer gave each actor every week. At the end of Act I, the producer came backstage in a livid fury. In a tirade, he screamed at me that it was traditional for all the local mayors from the surrounding towns to attend opening night performances “with their ladies” and how offended and outraged they were to discover they were expected to sit in the theatre with two Negroes, (the teenagers I had invited). He threatened me with the KKK and delivered an ultimatum that he would stop giving comps to the actors if I persisted in using mine to invite Negroes. I refused to back down and warned him that I would call the union and report him for being a racist. The face-off finally ended because the curtain was about to go up for Act II.

He never mentioned it again and the Klan never appeared. Although I didn’t know it that night, those 2 brave young women were the 1st black people who had ever entered that theatre. I did continue to invite them to all my performances and they continued to come. And once the threshold had been crossed, others followed. By the end of the season I was thrilled that the audience was, in fact, becoming integrated as other people of color had begun buying tickets at the box office. 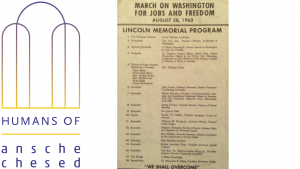 I returned to N.Y.C. on August 21st and immediately tried to get a seat on one of the Equity buses going to Washington for the March with Dr. Martin Luther King. Although all the buses were full, Equity promised to rent an additional bus if I took the responsibility to sign up enough actors to fill all the seats. I did fill the bus and so I was able to go on the March which remains one of the most significant and inspiring experiences of my entire life.

Much has been written about Dr. King’s “I have a dream” speech and it is rightfully acknowledged as one of the most eloquent and influential speeches of the 20th century. But for me, it was the words of Rabbi Joachim Prinz that have continued to inspire and guide my actions throughout my life. And in the shadow of the recent election, his words convey an even deeper meaning; not only as a reflection of the past but a prophetic beacon on the future. His warning must be heeded!

When I was the rabbi of the Jewish community in Berlin under the Hitler regime, I learned many things. The most important thing that I learned under those tragic circumstances was that bigotry and hatred are not the most urgent problem. The most urgent, the most disgraceful, the most shameful and the most tragic problem is silence. 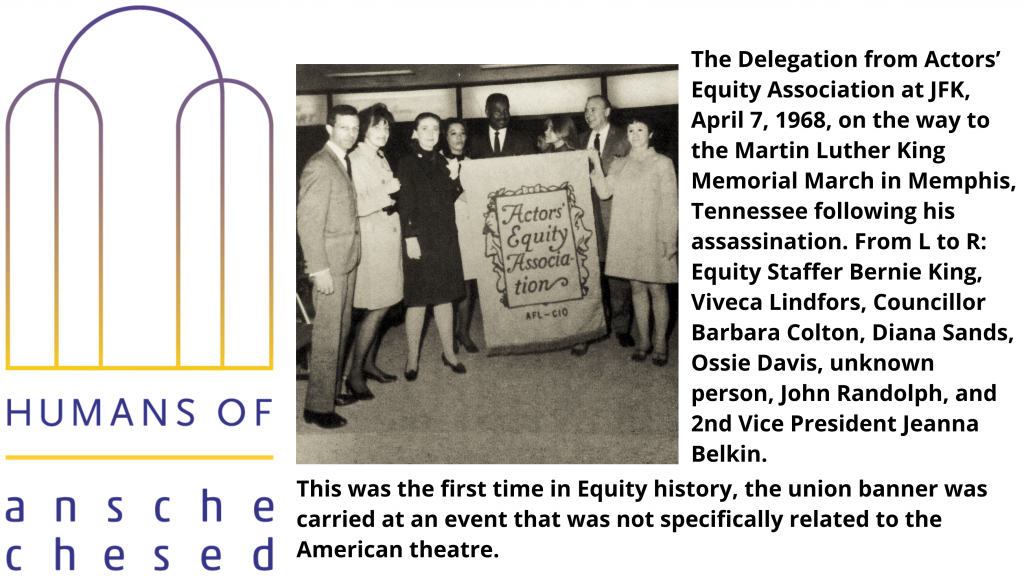 Fast forward to the summer of 1966. I was playing at the Shady Lane Playhouse in Marengo, Illinois, famous locally as the “Mousetrap Capitol of America”. It was approximately an hours drive NW of Chicago where Martin Luther King was then organizing the Sanitation Workers who were in the midst of a labor dispute with the city. The Chicago newspapers and TV were full of stories about the issues and daily demonstrations which were peaceful but, at times disruptive, and very controversial. I had become acquainted with a local couple with whom I enjoyed many stimulating conversations. We shared similar view points about current issues and I was delighted to accept their invitation to join them at an afternoon wine making party at a nearby grape farm. 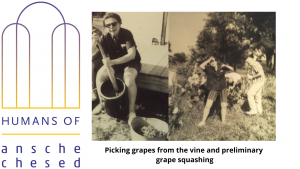 I’d never been to a wine making and although, except for Abby and Jay, I didn’t know anybody else who would be there, I thought it would be great fun. After picking the grapes, we put them in large clay pots where, using long trowels, we started the preliminary grape crushing while consuming numerous bottles of wine. Then the pots were emptied into a huge vat and we all took off shoes and socks, got into the vat and began stomping. We were a very raucous group of 20 people with much laughter and singing amidst the squishing and squirting of grapes and reminiscing of previous wine makings.

Eventually the “discussion” turned to recent events in Chicagoand everyone else began wildly speculating, with foul language, about what did the “G..D.. F.. N.%@#© want anyway. They were only F.. N.%@#© garbage collectors” etc., etc. I suddenly found myself, barefoot, my purple legs dripping with squashed grapes, in a totally other universe, surrounded by intolerable alien beings. (And what possible connection could my friends have with these creatures????) Amidst all the boisterous jocularity, I became deathly quiet for several minutes as I tried to figure out what to do. I knew I would not, could not remain silent. I finally raised my voice above the din and asked “Would anyone be saying such things if a Negro were here in this vat with us?” The host responded with expected vulgarity, “Sh.. girl, I don’t know any F.. N.%@#© and, if I did, I sure wouldn’t ask one here.” While finding it difficult to breathe, I said, “Well, you asked me!” Suddenly 20 pairs of feet stopped stomping and they all turned to stare at me. Someone said, “What are you talking? You’re no N.%@#©! You got blond hair! You got green eyes!” I felt myself in total control and quite calmly said, “I pass! But the fact is my great great grandmother was raped by a slave owner in Georgia.” Quickly, they all began to escape from the vat (no doubt to avoid further contamination) and, accompanied by my very confused friends, I left shortly afterward. Somehow the story preceded me and by the time I got to the theatre for the performance that night, my colleagues were hysterical with laughter. 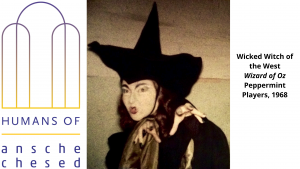 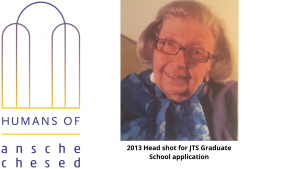 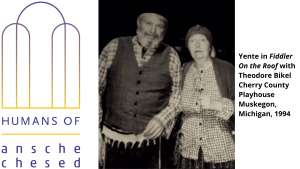 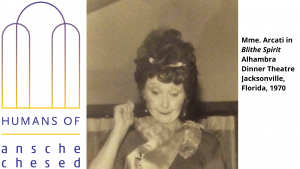 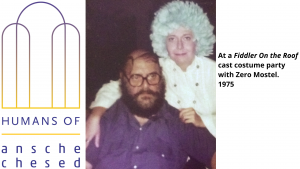