The Ancient Law: A Cine-Concert, with Alicia Svigals and Donald Sosin 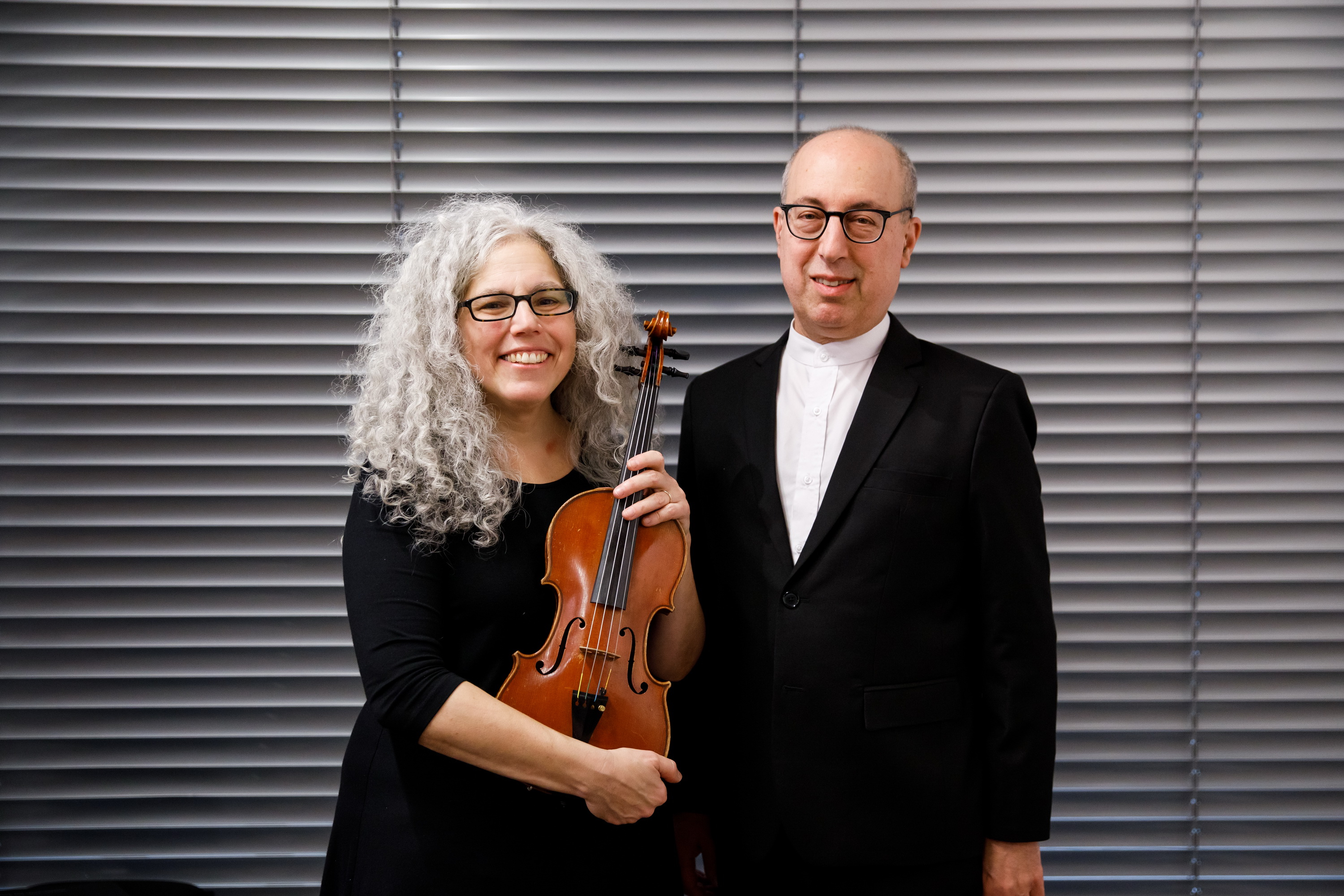 As part of our weekend focusing on the American Jewish Theater experience, please join us for The Ancient Law: A Cine-Concert, with Alicia Svigals and Donald Sosin With an original live score composed and performed by renowned klezmer violinist Alicia Svigals and silent film music legend, pianist Donald Sosin.

Director E.A. DuPont’s 1923 silent film, The Ancient Law (Das Alte Gesetz) is about a rabbi’s son who runs away to become an actor and is disowned by his father. Digitally restored in 2017, it paints a complex portrait of the tension between tradition and modernity, and is an outstanding example of the creativity of Jewish filmmakers in 1920s Germany.

Alicia Svigals (violinist and composer) is the world’s leading klezmer violinist and a founder of the Klezmatics. She has performed with and written for violinist Itzhak Perlman, the Kronos Quartet, Debbie Friedman, Osvaldo Golijov, Robert Plant and Jimmy Page, playwrights Tony Kushner and Eve Ensler, filmmaker Judith Helfand, poet Allen Ginsberg and many others. Her live silent film scoring projects, the award-winning The Yellow Ticket and her new score, The Ancient Law (co-composed with Donald Sosin) are touring the world to acclaim. Her CD Fidl (1996) reawakened klezmer fiddle tradition. Her newest CD is Beregovski Suite: Klezmer Reimagined, with jazz pianist Uli Geissendoerfer – an original take on long-lost Jewish music from Ukraine.

Donald Sosin (pianist and composer) has performed his silent film music at Lincoln Center, MoMA, the Kennedy Center, and major film festivals in the US and abroad, including the Denver Silent Film Festival where he was recognized with a lifetime achievement award. He records for Criterion, Kino, Milestone and TCM.He created piano improvisations for Alexander Payne’s Downsizing and has written for network television and radio.  His one-act opera for families, Esther, was performed at the National Yiddish Book Center. Other Jewish music includes a short children’s opera, A Parakeet Named Dreidel, Yiddish folk song arrangements, and Three Psalms, premiered in 2009 by the Jerusalem Symphony Orchestra.