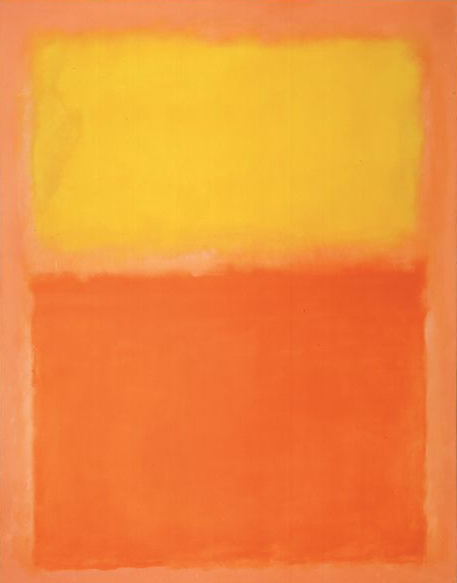 This verse, Isaiah 6.3, appears multiple times in the liturgy, forming the core of the Kedushah, the Amidah’s sanctification of the Divine name. In its biblical context, the neophyte prophet Isaiah is graced with a vision of “God seated on the high and lofty throne,” surrounded by six-winged seraphim, singing this triple praise. Given the overwhelming electricity of the experience, the merely human prophet cannot imagine carrying the divine word to earth: “Woe, for I am undone! I am a human of unclean lips, among a people the same, yet my eyes have seen a vision of the regal Lord of hosts!”

When we recite Kadosh we imaginatively place ourselves in that rapture, and perhaps especially in that dissonance where we feel the vast incommensurateness between heaven and earth. Today, I will explore the meaning of this phrase and what it might mean to us as we davven it.

Let’s begin with the triple quality of the praise, or “Trisagion,” as it is called in Greek. First, of all, let’s note that the oldest witness to the biblical text does not read that way. The “Isaiah Scroll,” the only complete book among the Dead Sea Scrolls (visible here) records Kadosh Kadosh, only twice! Theoretically it could be a scribal error, but probably reflects an alternate textual tradition. Strengthening that direction, I would note that often the Bible doubles words for emphasis, but rarely triples [e.g. Ecclesiastes 7.24, Isaiah 57.19, Jeremiah 6.14].

But our Tanakh records a triple Kadosh, as do many ancient sources, including the Christian book of Revelation [4.8]: “Holy, Holy, Holy is Lord God Almighty, who was, who is and who will be.” Note that scholars say this author, John of Patmos, was probably an early Jewish Christian, immersed in Jewish textual traditions. And sure enough he gives an excellent Midrash on the three usages of Kadosh, conferring special meaning on each: past, present and future, hayah, hoveh, ve’yihiyeh. That method of interpreting each word is stock in trade of Torah interpretation. Indeed, the Aramaic Targum [“translation”] Yonatan for our verse reads “holy – in the high heavens, the divine abode, holy – on earth, God’s mighty creation, and holy – forever and for all eternity.” Sometimes when I davven Kedushah, I mentally invoke this view: God is holy in physics, metaphysics and in time.

For me, the most spiritually stimulating interpretation of Isaiah turns on the paradox inherent in the peshat or semantic meaning the phrase. Kadosh, holy, means separate or unique, indicating a vast sense of divine transcendence upon the “high and lofty throne,” proclaiming not once, not twice but three times how God is utterly beyond us “people of unclean lips.” But in Biblical usage, the term Kavod refers to a visible manifestation of the divine, a luminous cloud [Exodus 24.16], dwelling among us on earth, pervading the tabernacle which “dwells with us in our impurity [Leviticus 16.16].”

Our verse enters precisely into this tension. It affirms the spiritual paradox – two truths, which may be incompatible but are both still true – that the transcendent God is the immanent God. The lofty God beyond us is the very God present among us. The whole world is permeated by this sacred presence, infinitely distant, ever near.

The Tikkunei Zohar [#38, 78b] said it best, way back in 14th century Spain: לית אתר פנוי מינה/Leit atar panuy mineh, “there is no place in which God is absent.”